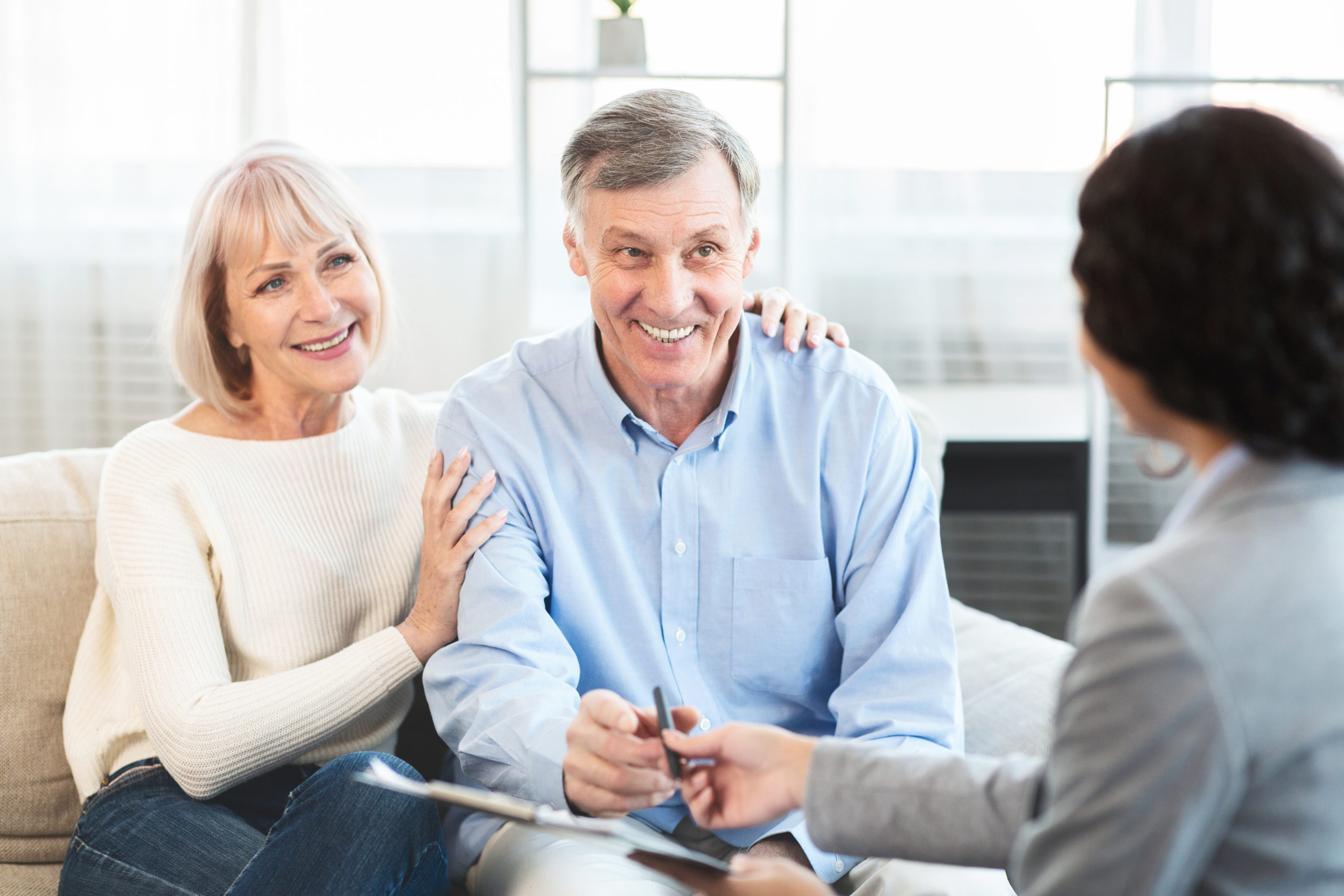 The Power of Attorney – an indispensable tool

It is not surprising that the Power of Attorney has become an increasingly important legal tool, particularly amidst today’s global pandemic. Whether you are an individual shielding due to medical vulnerabilities, an expat unable to travel, or an entrepreneur carrying out business overseas, the Power of Attorney, or ‘prokura’ in Maltese, may be key to effectively administering your affairs. This tool is not only available to those whose ability to be physically present is somehow restricted, but, in certain circumstances, it may also be available to those who anticipate future incapacitation.  As most people know it, the Power of Attorney is a legal document granting a person (known as the attorney) the authority to act or make decisions on behalf of another person (known as the principal).

Types of Powers of Attorney

The legal notion of the power of attorney (POA) has been embedded in Maltese civil law for centuries. Traditionally, a POA takes one of two basic forms:

Undeniably, POAs are essential contractual tools. They must be executed mindfully and utilized with vigilance. It is imperative to understand the powers that are being granted and their boundaries; and legal advice should be sought to design the type of POA which is best suited in the circumstances and ensure validity.  Anything which the attorney does in execution of the mandate given to him will bind his principal.

Termination of a General or Special POA

A POA will remain effective until it is revoked by the principal or otherwise terminated. Revocation may be unilateral and does not require the attorney’s assent, so that in case of a failure of trust the principal is at liberty to revoke the appointment at any time. An electronic registration system exists to allow individuals (not companies) to terminate general POAs and Special POAs where the latter relate to immovable property by submitting a form to the Office of Notary to the Government. This replaces the previous cumbersome procedure of notifying all registered notaries and commercial banks in Malta and Gozo by judicial letter.

A POA may be terminated in various ways. The principal may revoke the mandate or be automatically terminated in case of death, interdiction, incapacitation, bankruptcy, or the cessio bonorum (a surrender of goods to one’s creditors) either of the principal or of the agent. A POA given for a limited time expires on the expiration of the term agreed. If the agent renounces the appointment the mandate is also terminated. Finally, a mandate also comes to an end by the termination of the powers of the mandator.

Besides the forms of mandate indicated above, the law also caters for an irrevocable mandate by  way of security (in respect of which the ordinary forms of termination of a mandate do not apply). If a mandate is expressly stated to be granted by way of security in favour of the mandatary or of any other person, and that it is irrevocable, it may only be revoked with the consent of the person whose interest is secured thereby. Such a mandate may only be granted when the object to which it relates is property which is movable, by nature or by operation of law. In fact, the law does not allow irrevocable mandates given by way of security in respect of immovable property or rights therein.

The general law of mandate is also applicable to persons holding property for others subject to fiduciary obligations such as nomineeships, and in such cases the mandate does not lapse upon the death of the mandator or on the bankruptcy of either the mandator or the mandatory. Where a person acquires property in his own name but on behalf of a mandator, the mandator is at all times entitled to demand the immediate and unconditional transfer thereof from the mandatary.

The Enduring Power of Attorney

By Act XII of 2016, Article 1864A of the Civil Code introduced a new type of mandate, namely the Enduring Power of Attorney (EPA). This form of mandate enables a person who anticipates loss of mental capacity to plan ahead by granting an attorney of their choice tailored powers to administer and manage their assets. For such an individual, the knowledge and ability of choice of attorney to administer their assets and take important decisions on their behalf often provides a sense of security and hopefully ensures the right person is handed the job once the time comes that they are no longer able to administer it themselves.

If used correctly, the EPA facilitates continuity in the management of the one’s assets, by minimising delays and providing certainty to relatives and third parties such as banks, investment managers and other financial institutions. This may prove particularly important in the operation of family businesses.

Apart from the administration of property, the EPA can also be used by the principal to grant their attorney the power to make decisions in respect of their care and medical treatment, which is reminiscent of the Common law concept of the lasting power of attorney.

The EPA offers a solution which is somewhat less formal than the establishment of a Trust, where the person anticipating incapacity would settle all or part of their property, funds or assets into trust with a private individual or professional licensed Trustee. The Trustee would be entrusted with the management of those trust assets for the benefit of the Principal throughout his/her lifetime, and any other beneficiaries that may be appointed in the trust deed.

In practice, Trusts are more likely to be utilised as part of a comprehensive estate planning package providing not only for incapacity but also for the financial sustenance of the settlor’s successors or dependants. Moreover, a fundamental legal distinction between EPA’s and trusts exists in relation to the ownership of the assets. In a trust, the individual is essentially divested of ownership of their chosen assets on the date of settlement. On the other hand, the EPA does not itself transfer ownership. Instead, it acts only as a ‘contingency plan’ if, and when incapacity occurs.

The following requirements must be met for a valid EPA:

Upon the occurrence of the incapacity, the attorney must also obtain approval to act upon the EPA from the Court of Voluntary Jurisdiction. The latter may impose conditions as it deems necessary.

It is possible for a principal who has granted an EPA to request that the EPA be terminated in the event that the incapacitation ceases.  A sworn medical certificate is required to prove that the Principal has regained mental capacity. The termination must be made by means of an instrument drawn up by a notary public in the same manner as the mandate was constituted. The termination of the EPA must be approved by the Court of Voluntary Jurisdiction and subsequently registered with the Director of Public Registries. Finally, such termination must be communicated or notified to the mandatary, who upon such notification shall be bound to cease from representing the mandator with immediate effect.

Maltese law considers attorneys of traditional POAs and of EPA’s similarly. Both are answerable for damages and interest in the case of non-performance and both are responsible not only for fraud but also for negligence. At law, there are no specific skills or proficiencies required of the attorney but, a mandate being a contract, both parties must satisfy the basic legal requirements as regards the capacity of the contracting parties, and therefore appointing as one’s attorney a person who is themselves incapacitated or otherwise unable to execute contractual obligations under the general provisions of law would render the POA/EPA invalid; if the mandatary becomes interdicted or incapacitated after the mandate has already been constituted, that interdiction or incapacitation automatically terminates the mandate.

With respect to EPA’s, there is an element of risk in the sense that, EPA’s being an instrument dictated by necessity in the face of an approaching infirmity, once the incapacity sets in and the mandate is in operation, the principal would already be infirm and thus increasingly vulnerable, making it more difficult to identify and curb any abuse on the part of the mandatary. This means that the mandator will be reliant on third parties not only to identify any abuse or neglect, but also to take timely action. Even then, the award of damages and interest may not repair any physical or mental harm caused. This is why it is important to choose a mandatary with care and to seek appropriate legal advice on ways in which the mandate can be made subject to appropriate conditions aimed at safeguarding the interests of the mandator. Sometimes, for example, it may be advisable to appoint joint mandataries or to impose more onerous terms for the mandataries to fulfil their legal obligation to render an account.

Both with POA’s and EPA’s, the general provisions of the law also serve to act as a deterrent, in view of the liability which a mandatary faces in the event of wrongdoing. In the case of EPA’s there is the additional safeguard that the court in approving the mandatary may also impose additional conditions in the mandator’s interest. Particularly in the case of EPA’s, where the mandator actually chooses the person who will take care of his affairs (as opposed to ordinary cases of interdiction or incapacitation without an EPA, where the court would appoint a curator of its choice), if the mandator chooses carefully and appoints a trustworthy person based on his knowledge of the proposed attorney’s character and ability, the risk of abuse is greatly diminished.

The authors are indebted to Ms Sarah Bezzina and Mr Fabio Coria for their assistance in the preparation of this article. This article is not intended to constitute legal advice and neither does it exhaust all relevant aspects of the topic